Tom Dearden The Man and his Painting

Tom Dearden is a British painter who was born in Ulverston and spend his childhood in Dalton. He schooled at the former Green School and was an apprentice at a pork butchery soon after. It was also during this time that his tutors encouraged him to pursue college education in the field of art because of the perfect drawing skills that he had demonstrated in meat inspection classes. He was offered the opportunity to attend Lancaster and Morecambe College and worked as a labourer as he studied at the Slade School of art. He has staged numerous exhibitions over the years and his works have been featured on prestigious platforms including the Royal Academy and Kendal’s Abbot Gallery. One of his greatest achievements was in 1975 at the Paris Salon where he won a gold medal. Although Dearden has been painting for many years, his masterpieces are not well known and individuals have not really realised his exemplary painting skills.

Despite being a gifted portrait and landscape painter, it took a long time before Dearden could use his talents for commercial purposes. At first, Dearden worked with a commercial agent near Blackpool and at the peak of his career he became better than any other painter. Interestingly, Dearden was one of only two artists of British descent to receive recognition by the Paris Salon but he did not even show up to collect his gold medal. The other recipient of the award was John Constable.

Dearden has rendered his paintings in different styles, exploring diverse subject matters and painting techniques. The Petrel, which was the most remarkable artwork at the Paris Salon in 1975, features a self-portrait of the artist. The hyper-realist portrait depicts a wild-haired figure against a background of a rural setting. In one of his exhibitions in Grange he showcased still life works of cookery ingredients including tomatoes, eggs and lemons. Still life is one of the major genres in western art which is based on subject matter that involves compositions created using static objects.

He uses simple still life arrangements as a basis for formal experimentation of the principles and elements of art. In a different exhibition held in Ulverston, the artist presented landscapes featuring night scenes. In this particular show, he experimented with sources of light such as streetlights and headlamps. His work generally features loosened brush work and a lighter pallet. He does not attempt to achieve clarity of form in most of his paintings and thus the most significant elements of the composition are not distinguished from the lesser ones. He achieves this by using strokes of paint that capture the subject’s essence without depicting its details. The artist emphasises the play of the natural light on objects and this is reflected in the way he pays attention to the reflection of colours. As opposed to focusing on depicting idealised forms, perfect symmetry and other elements the painter is more interested in rendering the world and its imperfections as viewed by his eyes. As such, his works create a rather unfinished appearance and an amateurish quality. Although most of his works stress on the detachment from reality he also ventured into hyper realism, as reflected in his life-like portraiture.

At first glance, the portraits resemble the work of photography. However, a close examination reveals the extraordinary images are actually paintings of subjects. One of the artist’s paintings that demonstrates this is titled Lilian, which is part of Dearden’s works at the Abbot Hall Gallery. In the painting, the artist favours the use of oil paint given that its interaction with light creates a sense of depth. The main intent in creating such works is to display the subject’s personality, mood or likeness and that is why the expressions on the face are predominant. His near-perfect rendition of physical features on the human body is intensely expressive. He has also produced numerous etchings, which he has exhibited at different shows. Etching as a form of printmaking is a significant technique used in old master prints and it is still widely used to date.

When working on his pieces Dearden immerses himself in his craft and becomes completely involved in it. He turns off all distractions and commits his attention to a single task which is to create artworks. As such, his work station can be a bit messy as he focuses on his paintings rather than worrying about putting items back in their designated place. Creativity basically involves experimentation, invention, taking risks, making mistakes and breaking rules. His work demonstrates this through his flexibility and openness to new possibilities. He does not just simply explore new ideas but expresses his creativity by trying out new approaches to familiar design situations.

Some paintings by Dearden have raised controversy due to their subject matter. This includes the two paintings that were taken down from a Furness art exhibition due to their imagery which were interpreted by some as racist. When attending the exhibition at Ulverston’s Coronation Hall in 2012, John Woodcock, the labour MP cited that the subject matter of the paintings was extremist. Dearden maintained that he put together the work from political papers and newspaper cuttings and that he was not using the exhibition as a platform to express political views to the public. The artworks, which were made up of press cuttings, abstract art and drawings, were removed after a confrontation ensued between the artist and the MP.

The artist is basically isolated and has made efforts to protect his way of life since he does not depend on technological developments. In a world where technology is widely used for different purposes, Dearden has chosen not to embrace these changes. He does not have a mobile telephone, TV, internet or even a PC at home and his main source of information is the newspaper. He also spends his free time solving crossword puzzles. Perhaps being away from a world that is saturated with technological advances is redemptive as it allows him to spend time alone in silence, exploring the possibilities of his creative energy. He keeps a small dog as his company. Despite being socially isolated Dearden often travels all over France to draw and paint pictures and this is how he met me through my sister in Nice. Sometimes I do not understand his conversation but he uses body expression to help me understand as I am deaf. He is also well-known in his local Grange region in Cumbria though he has been banned from most bars due to his eccentric behaviour and his love for women. The irreverent artist compares himself more with Shakespeare than Turner and is quoted as saying: “I should be called The Bard of Furness because I have been barred from that many pubs I have lost count!” His exemplary portraits and landscape artworks are often not sold since he does not make much contact with the outside world and the media. He has thousands of works that have not yet been seen by the world which makes him one of the genius painters undiscovered fully by the art world. 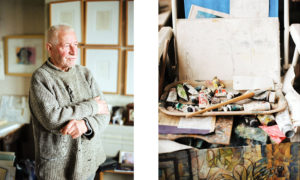 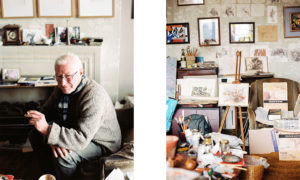 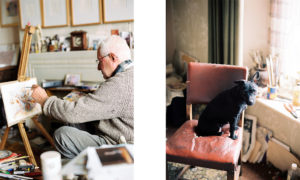 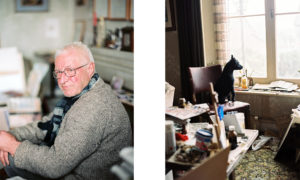 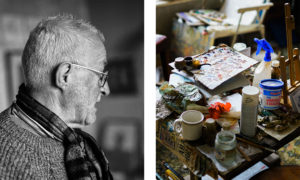 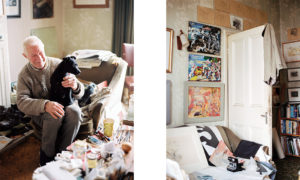 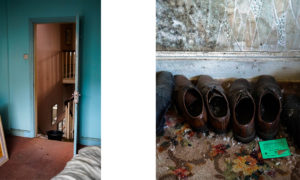 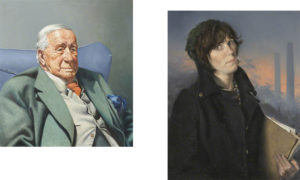 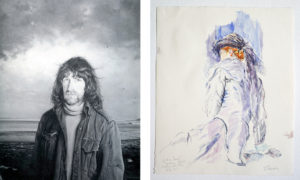 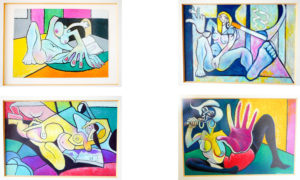 The Man and his Paintings The Photographic Portraitures of Tom Dearden