Japan was on my list of places to visit in my itinerary plan and that’s not just for the sushi. Putting together this post has opened my eyes to many of the beautiful areas of Japan as well as it back roads.

I consider this intertwined trip by tracing the intersection of photography and social history, focusing on the role of my camera in documenting key cultural and in exploring social responses to cultural change and the diversity. The images that focus on my photography’s role in negotiating cultural identity and the documentation of urban life introduce many photographs that will be unfamiliar to Western viewers.

As gaijin, alien, stranger, I am offered the choice of accepting the Japanese evaluation of people without straight black hair, with curiously browned skin and big, cute manga eyes to feel ok about my place as curiosity, or join the almost invisible, growing band of brown/blonde activists attempting, one-by-one, to change the nation.

Japan can be an enjoyable and satisfying place to visit – an understanding of the culture and consideration of others is the key which can lead to some unforgettable photo opportunities.

The Japanese are incredibly friendly to photographers. Some museums and temples restrict the use of tripods but otherwise this is a place where I can snap away in comfort. Street photography is easy despite the language barrier; the Japanese are especially tolerant of foreigners. I had to remember also that I won’t be able to read most signs or product packaging and had to prepare to be disoriented and confused.

There are some truly strange images – an old temple/cemetery complex between a 25-30 floor apartment building and a three level driving range, parks with the usual play equipment and not blade of grass to be seen.

I had to take public transportation, subways or trains, whilst I travelled in Japan. Taxis were expensive and traffic in Japan is horrible!

Shinjiku, where I stayed is the main place of Tokyo housing Business centres on one side and bars & restaurants on the other. You get a glimpse of two shades of Tokyo from this place, a must visit place. Tokyo is also a place where Animation is worshiped. I could see people engrossed in animation all around you. Be it the comic books, mobile phones or hoardings on the Road, everything is centred on Cartoon characters. Vending Machines are everywhere, in numbers.

I used a wide aperture to blur out ugly backgrounds and make the subject stand out. I tried and capture a moment that contains some action to create a more interesting shot, which tells more of a story, but some shots were good and bad.

This juxtaposition of old and young was a lucky shot – I had my camera out just by chance. The out-of-focus background was softened further by converting the image to black and white to give more attention to the older people. My Japan trip would not be complete without my favourite Leica M6 black and white pictures from the trip. I have many more for this blog but thought saving it for my next post to focus on Japanese weddings. 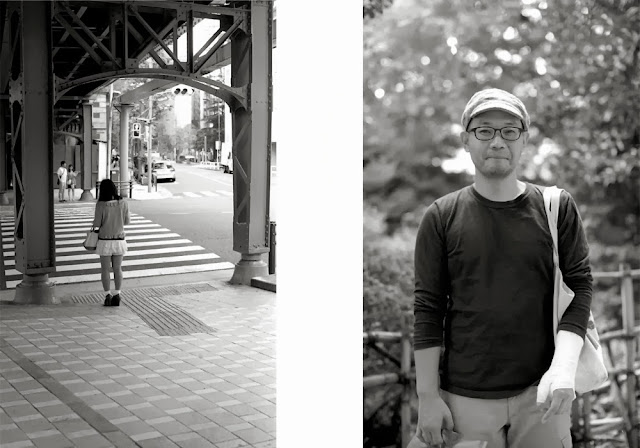 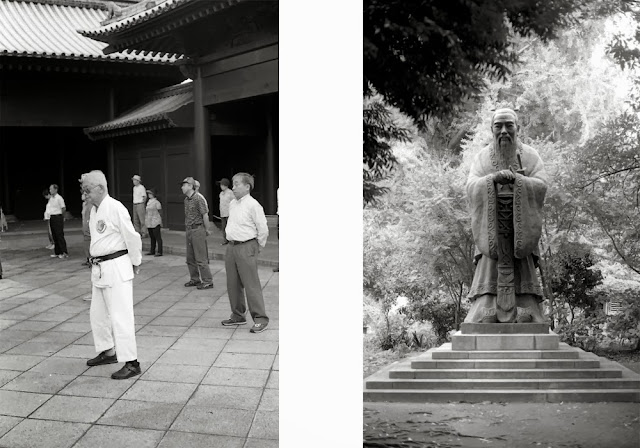 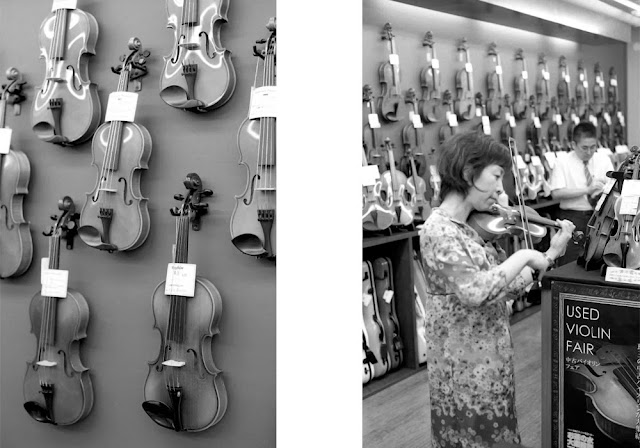 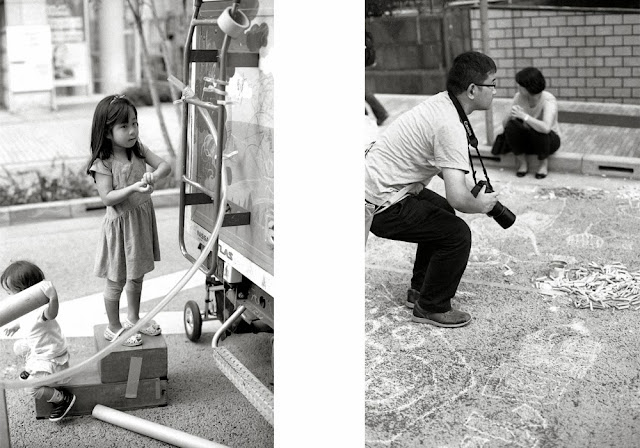 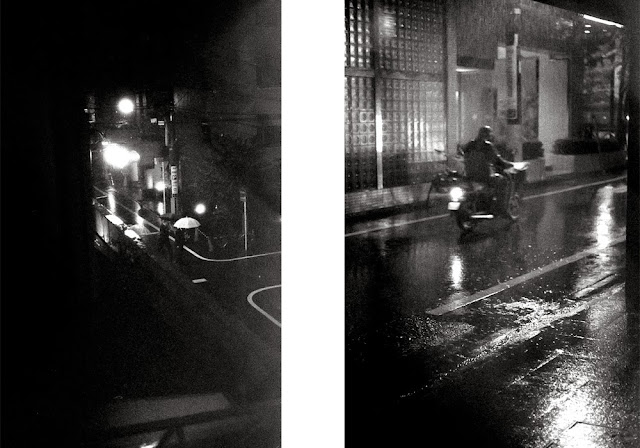 The Japanese transsexual working behind the bar was very friendly and he/she is a photographer himself doing some project about graphic designing.

He gave me some few drinks free! 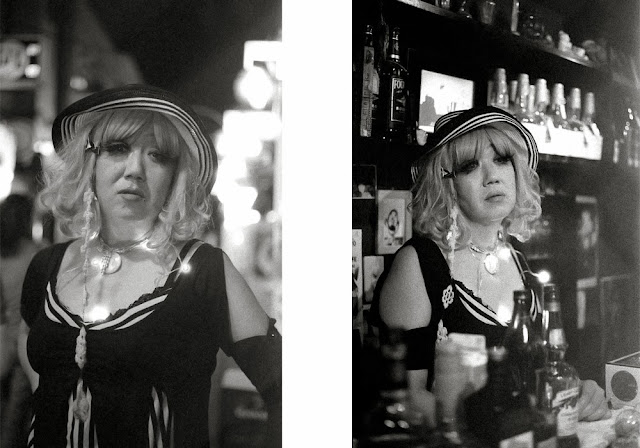 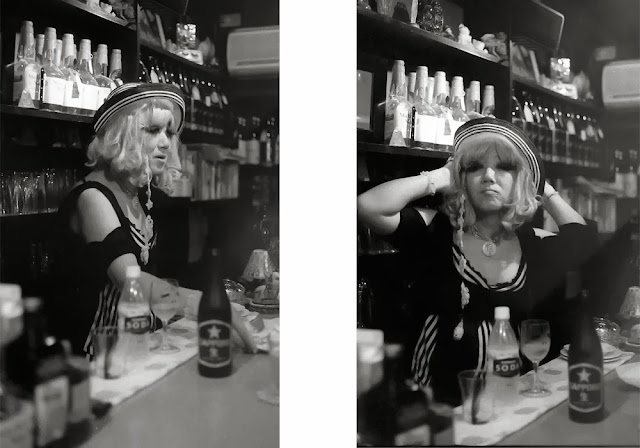 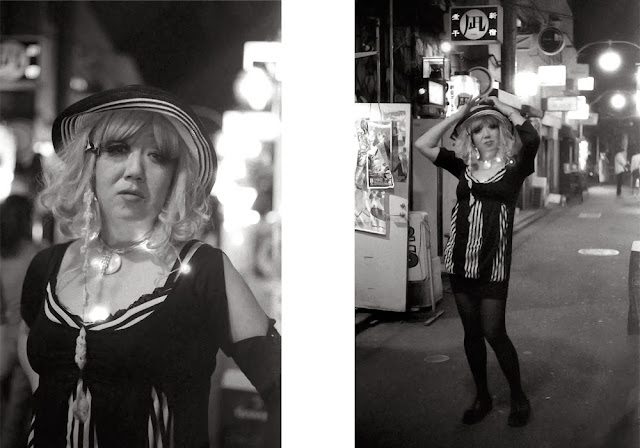 A deaf-owned business restaurant owned by Fusao and his wife who are pictured, along with Akira, an employee. 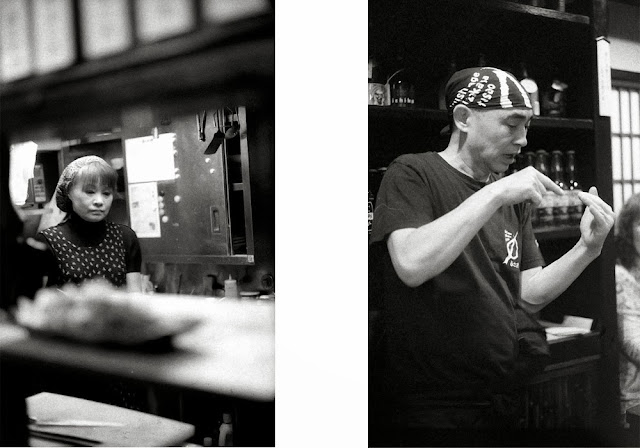 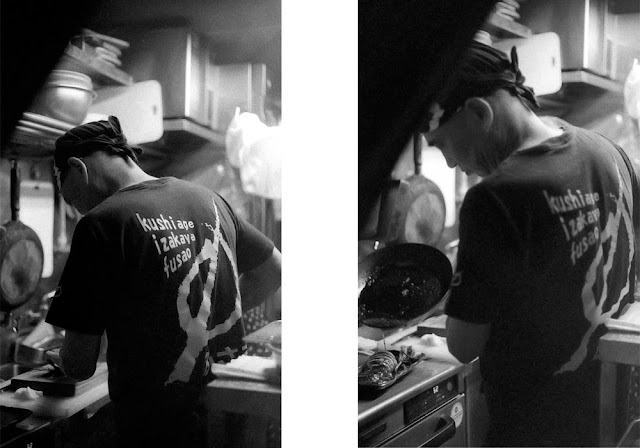 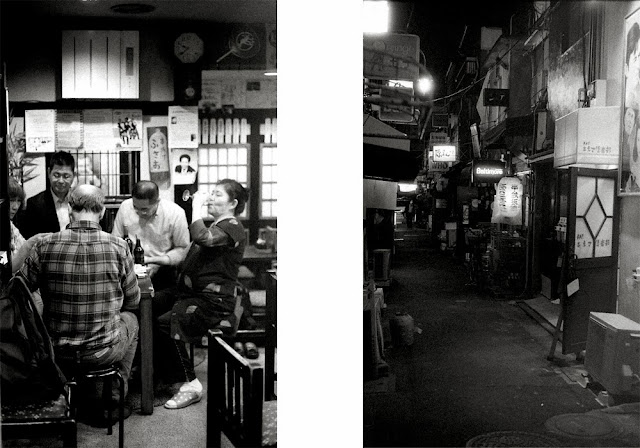 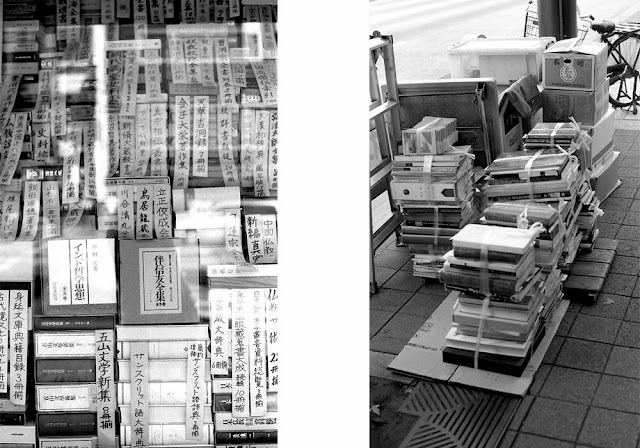 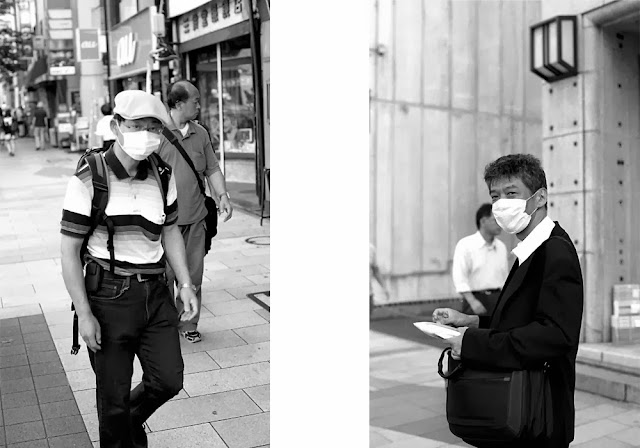 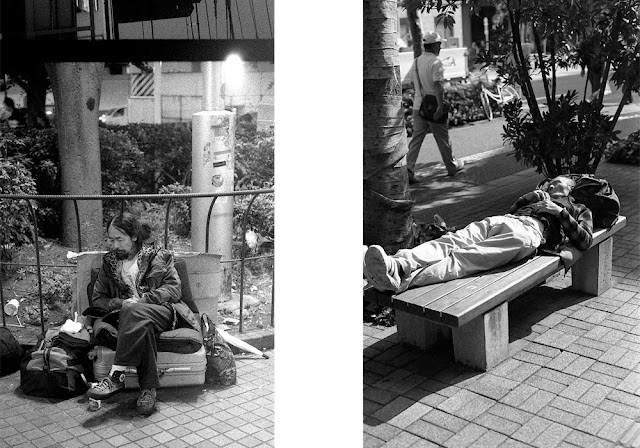 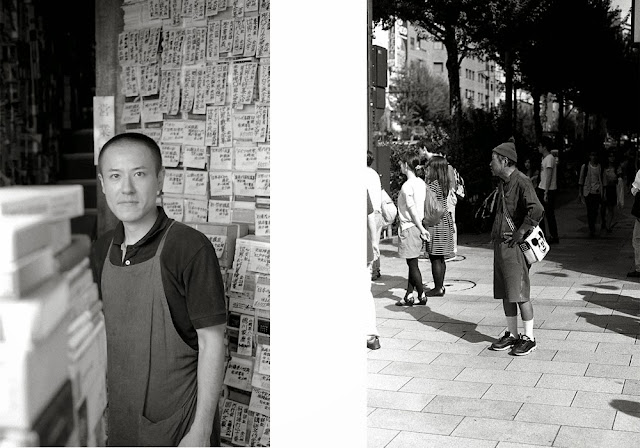 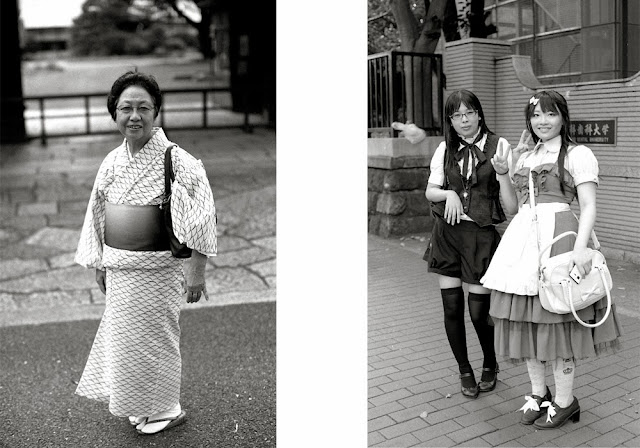 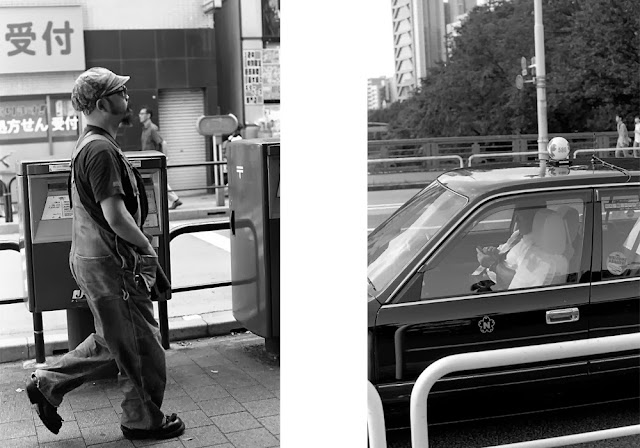 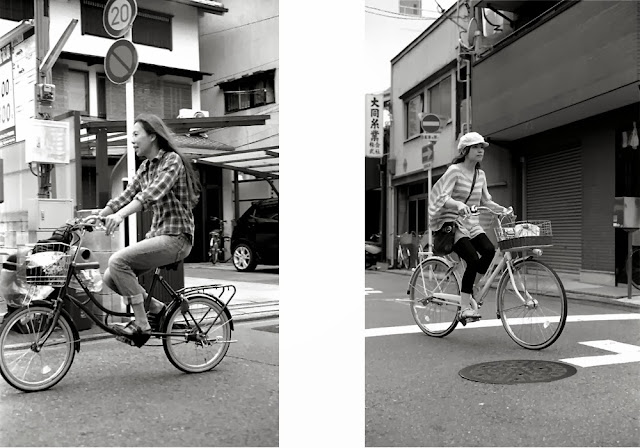 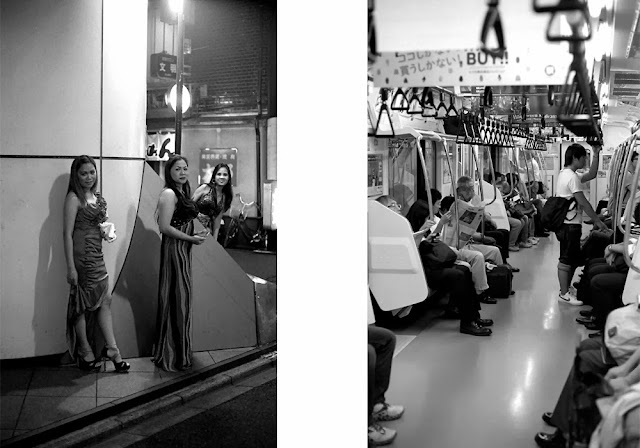 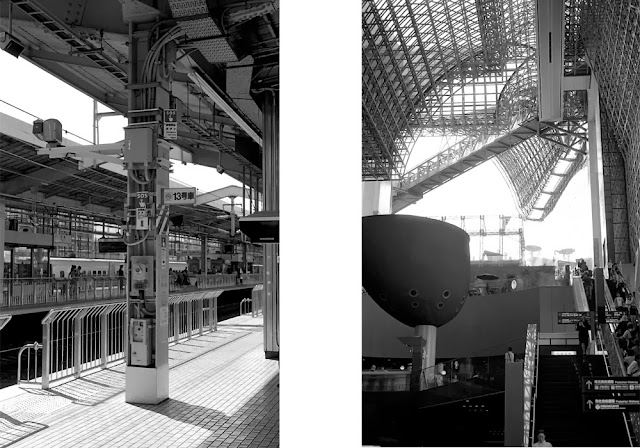 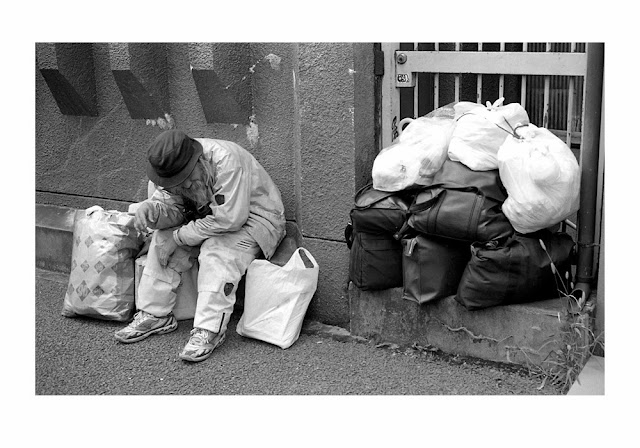 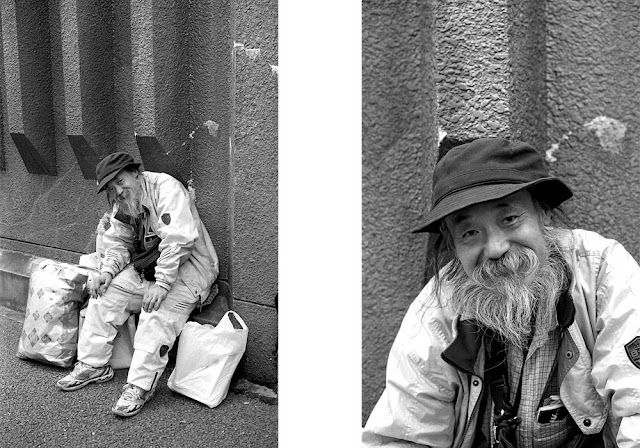 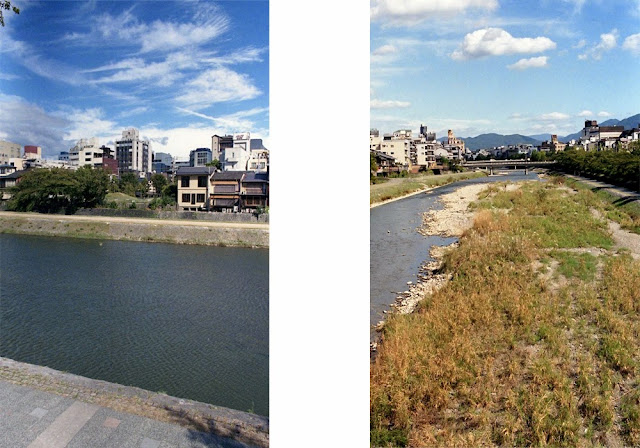 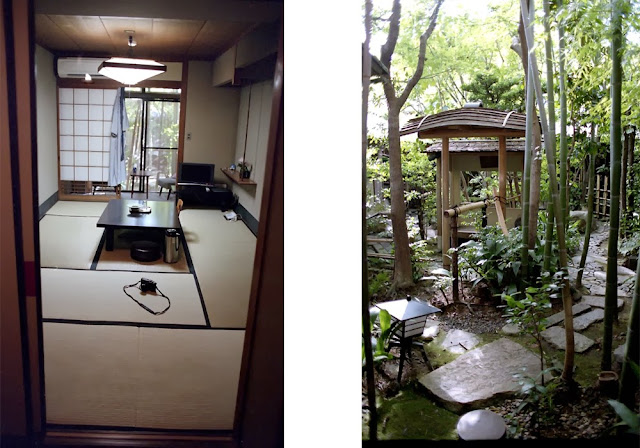