New York through the Lens

My wistful yearning and melancholy longing for New York sent me back to this populous city to complete my photography works with my analogue and digital gears. It was a mixed sad and happy feeling, a pleasant memory filled with sadness that I might not have a wonderful experience like the one I had before. My memories of this vast city have always pierced my mind with incommunicable sweetness such that the mere mention of “New York” brings good images of what I really desire- to explore the ever-changing landscapes of New York City through photography and writing. My main aim was to capture, explore humanity, human behaviour, relationships between people, and the association between people and their environment. The essence of this kind of photography is the impulse to capture candid images in the course of everyday life. To me, street photography is both ambitions and humble. Ambitious, in the sense that it aims at depicting life in its different manifestations- joy, sadness, absurdity, grotesque, fun, irony, melancholy and innocence. Humble, since it depicts the everyday situations.

In the 1960s, New York was the central nerve of photography where prominent photographers would sometimes meet. Practitioners, including Lee Friedlander, Garry Winogrand and Joel Meyerowitz, crisscrossed Manhattan and other places to capture shots that caught the city’s myriad dramas, tempo and its citizens both at play and at work. Winogrand set a strong platform for street photography such that it was impossible not to follow in his footsteps. Meyerowitz compared Winogrand’s influences to jazz and explained that one just had to join in the groove. More than four decades later, Friedlander, Meyerowitz and Winogrand are still influential figures in street photography, even to a generation that is hell-bent on rediscovering and re-inventing the form. Many pioneers of photography- Jacques Henri Lartigue, Brassai, Eugène Atget, André Kertéz, Walker Evans, Henri Cartier-Bresson and Robert Frank –are all street photographers, as the term is now used to denote an attitude and a genre that was defined by New York photographers in the 60s and 70s. Today, street photography is particularly a contested area in which all collective anxieties come together: paedophilia, terrorism, surveillance and intrusion. It is ironical that we insist on our right to privacy and yet we end up snapping everyone and anything we see-both in private and in public-on digital cameras and mobile phones. Perhaps this could explain why the New York police have become increasingly aggressive and the fact that they use violent means to approach individuals who use photography on crucial landmarks. They are neither helpful nor polite. My encounter with the police was a frightening experience. A policeman questioned me of what I was doing as I tried to take pictures of the black people dancing on the street. Since I am deaf, I could not hear he was saying as I was walking ahead of them and he tapped me hard on my shoulder. I sighed with relief when a nice lady explained to them that I was deaf, which made him hung his head in embarrassment. I was even more perplexed when the police apprehended the dancers for using loud music.

I could not allow my unpleasant encounter with the policeman to dampen to spirits. My exciting walking tour through Little Italy explored the former homes, social clubs and haunts of the most influential mobsters of the 20th century. My efforts to get a glimpse of the mafia works were not fruitful as they were very secretive. However, I could recognise some people by their smart suits and shiny gleaming oiled hairs. It was best not to approach them as I might have become one of the victims of the Costa nostra! Evidence of the erosion of Little Italy’s past is written all over the original police precinct that has now been replaced by condos.

I managed to reach the top observation tower at the Rockefeller centre to explore the beautiful city.  It was already evening when the high human traffic and too many vehicles clogged the road after work hours. From the top, I could see the Times Square, Central Park, the Empire State Building and other popular places.  I had previously read a lot about this emblematic cityscape and its complex elements that make it appealing to visitors from different parts of the world. With so much cultural and history surrounding the Rockefeller centre, it was definitely a must-see New York City attraction. Despite the bad weather, I enjoyed the views of the entire city from every angle. It was a quick visit but I managed to take amazing photos that show how big the city is.

Perhaps the most memorable part of my tour was my encounter with the Amish people in Orange County. I have always known the Amish for their plain dress, simple living and their reluctance to embrace the conveniences of technology. It is no wonder that they shied off from the camera in a bid to avoid an encounter with modern technology and other influences. But it was a delight to see the older Amish girls and women in their caps and aprons and the boys and men in suspenders, broad fall trousers and broad hats.

My exploration of the magnificent New York City led me to Brooklyn, the most populous of the city’s five boroughs. When someone mentions Brooklyn, memories of baseball, egg creams and beaches come to mind. But the focal point of Brooklyn is her incredible intensity and diversity. As I traversed the commercial and residential streets, I couldn’t help but notice the presence of vibrant communities from different parts of the world. Many neighbourhoods in Brooklyn are ethnic enclaves, predominated by particular nationality and ethnic groups and cultures. Particularly, the Borough Park is predominantly Jewish. Again, like the Amish, the Jewish girls and women were dressed in modest, loose-fitting dresses while the boys and men wore black pants or suits with hats or yarmulkes.

At last I got to see the famous Coney Island, with the funfairs and trains travelling on top of cars. I had only seen it in the fantastic French Connection crime drama film starring Gene Hackman. As usual, my camera clicked away, capturing the fantastical and the real as they blurred together.

There is so much to experience in the city of New York, whether you want culture, sunshine or simply great drink and food.  My street photographs of New York convey the irony, the beauty and the humour of everyday life, by juxtaposing people and the environment to create an interesting effect. It would be great to come back more often to see how much this beautiful city is changing. 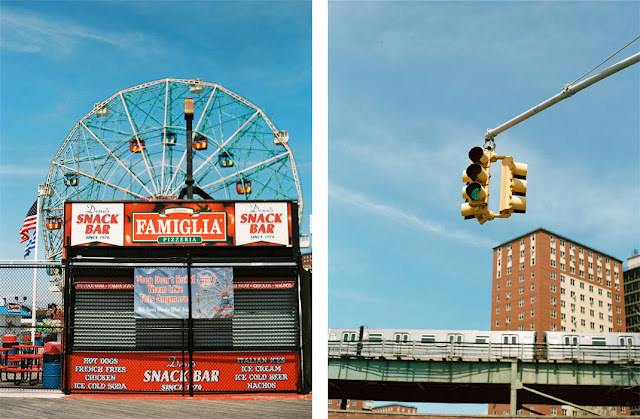 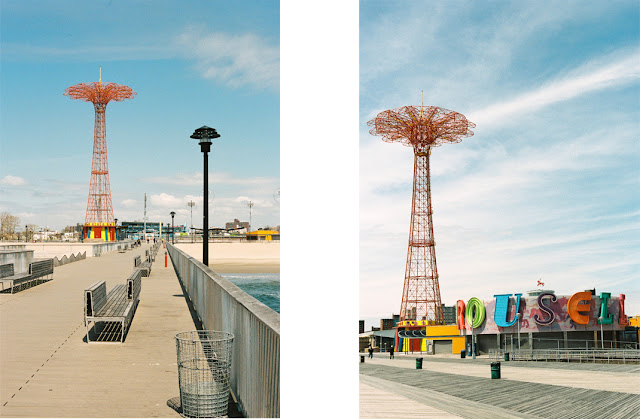 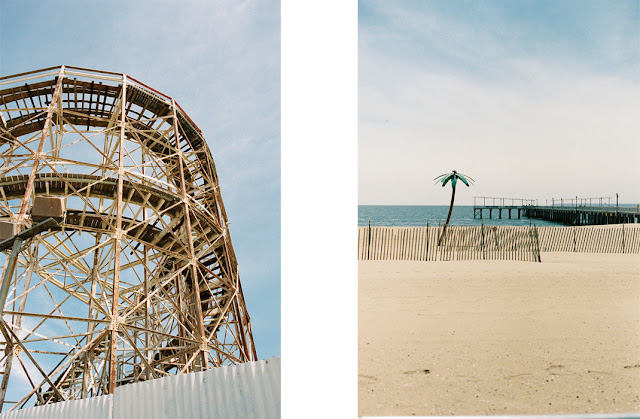 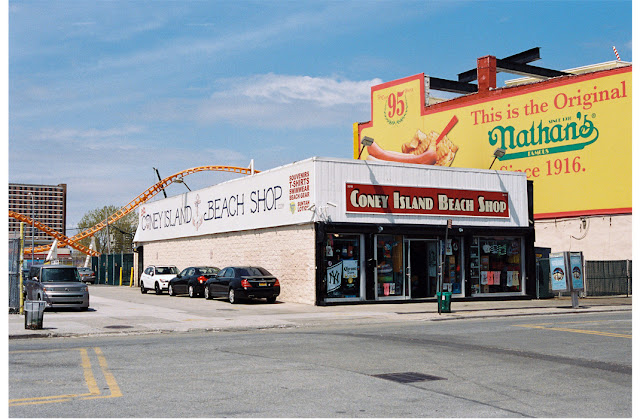 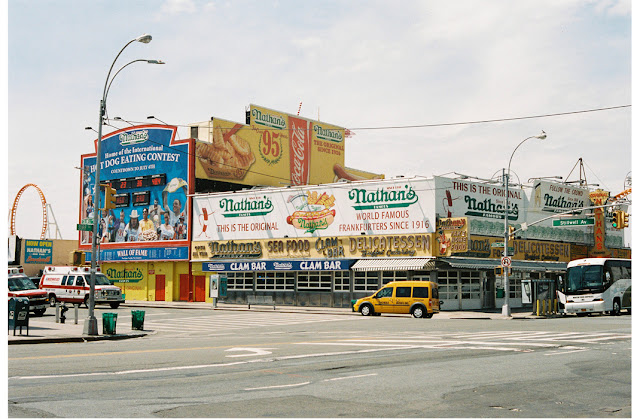 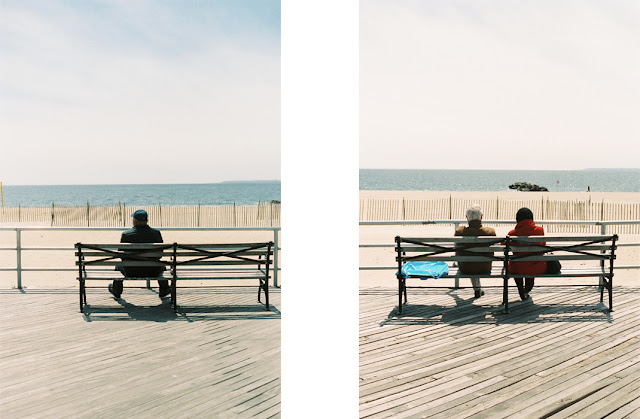 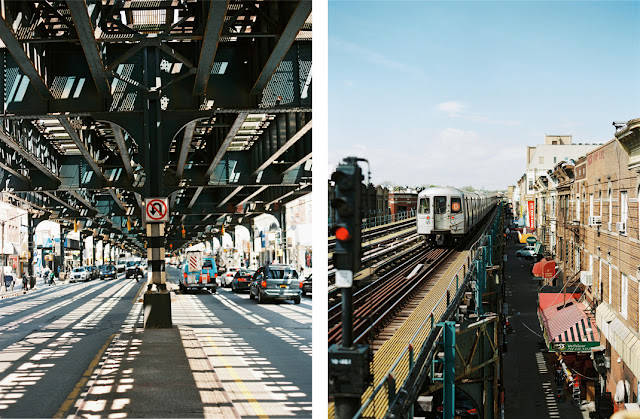 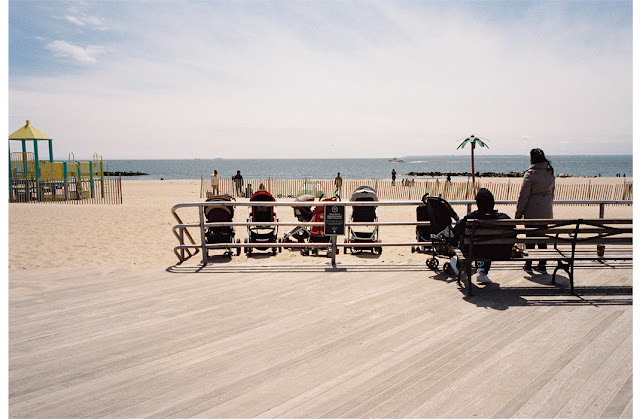 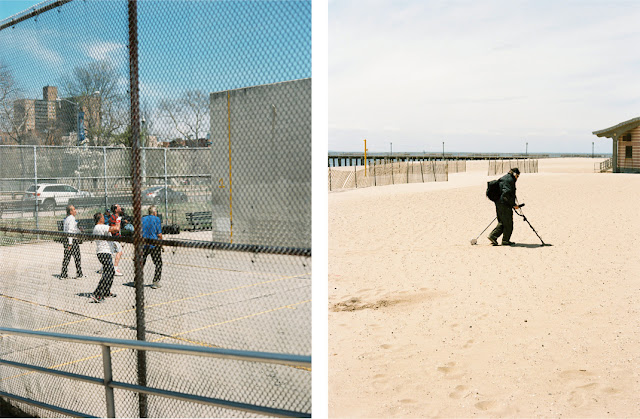 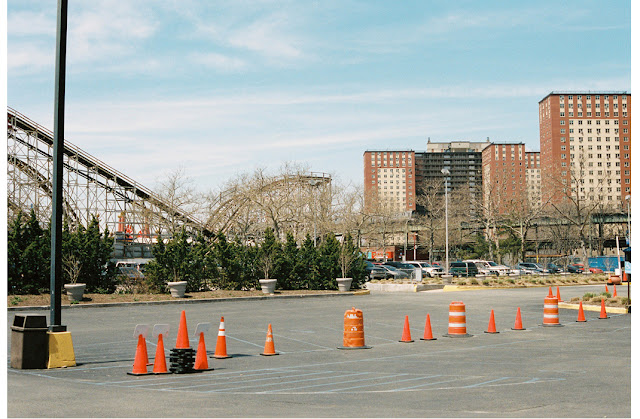 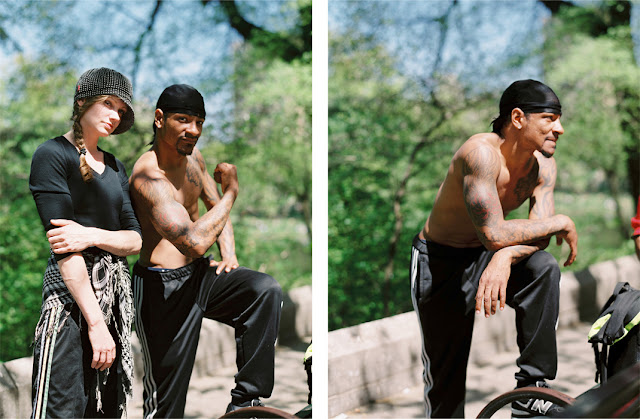 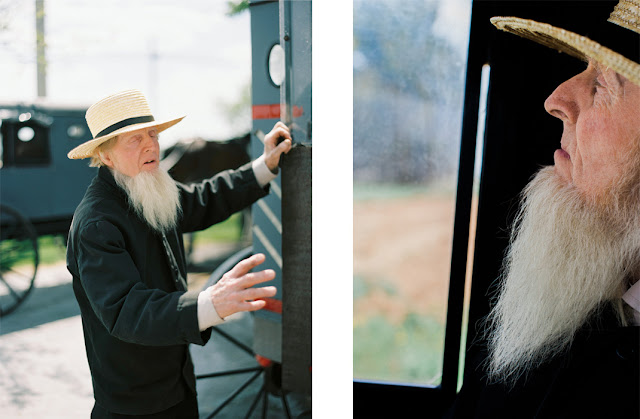 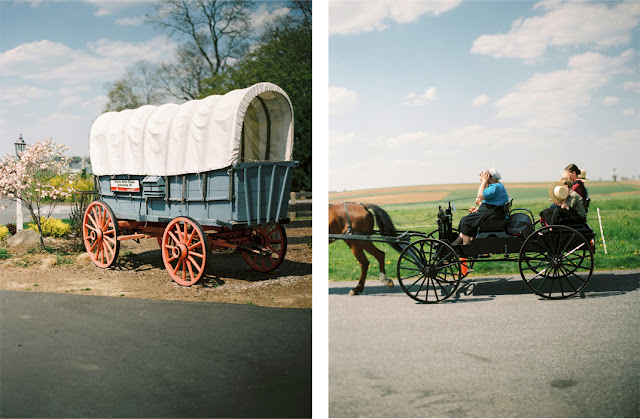 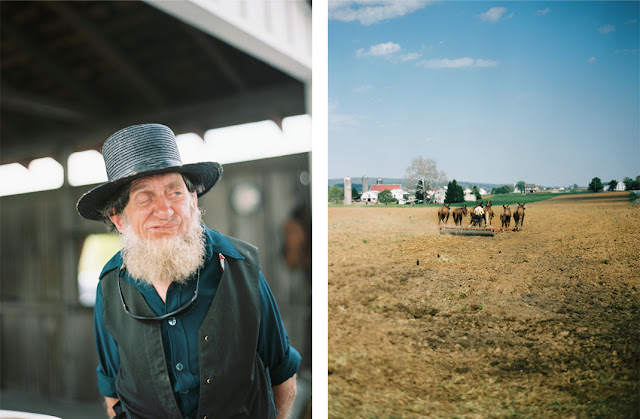 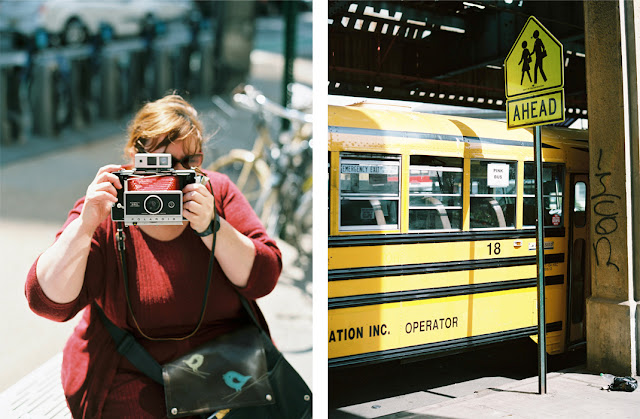 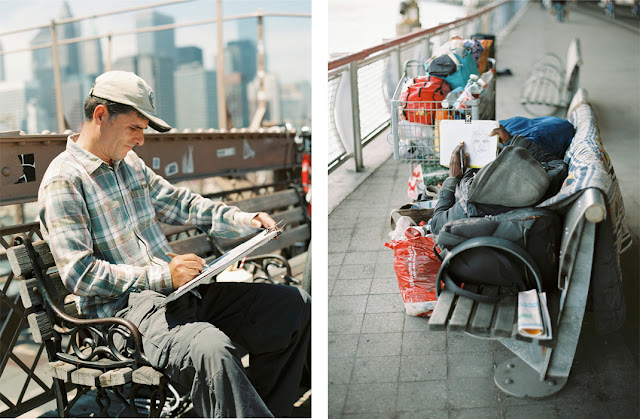 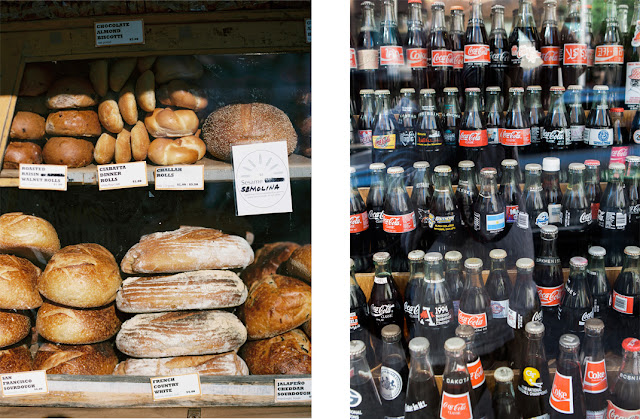 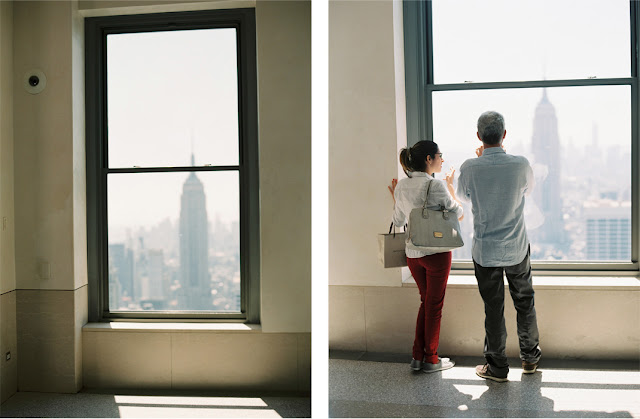 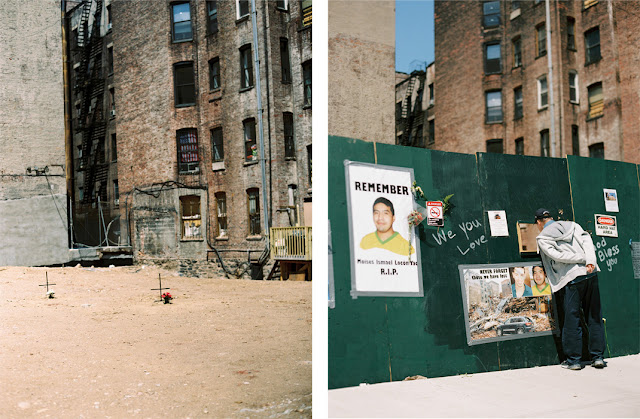 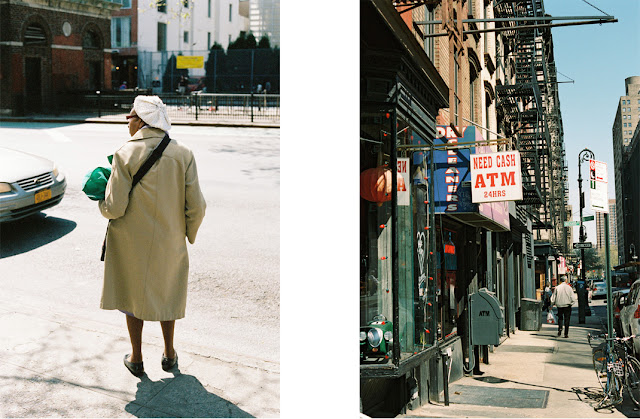 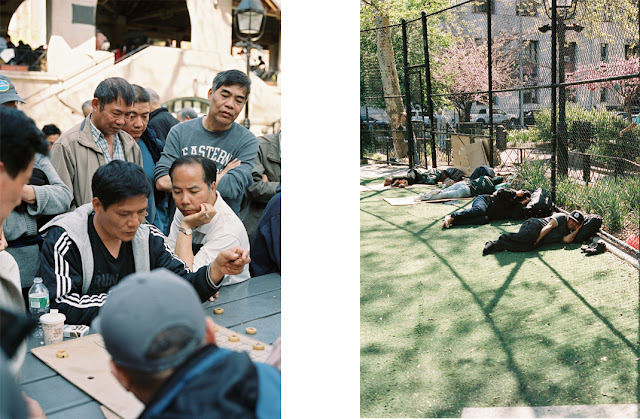 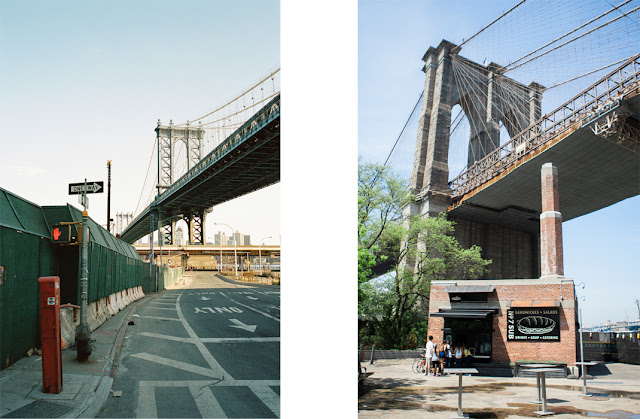 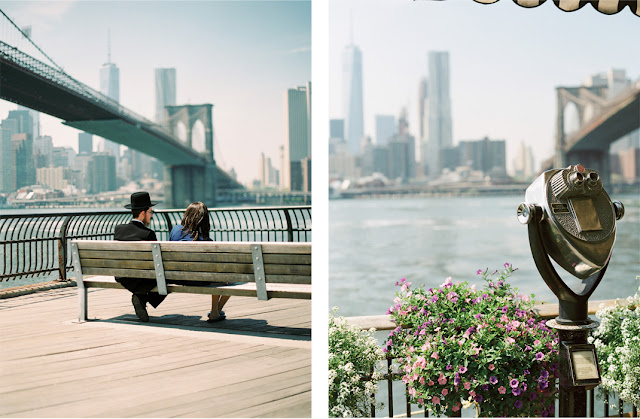 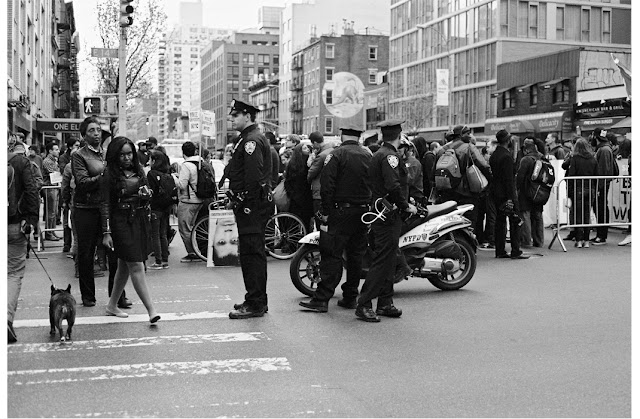 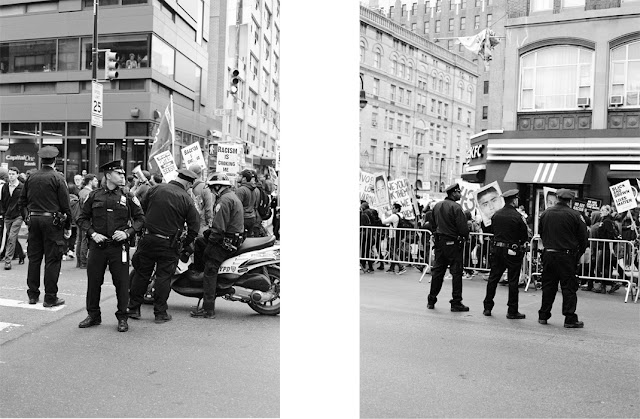